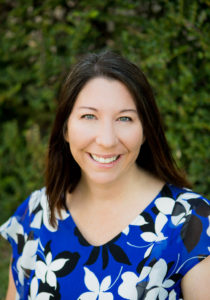 Kimberly Raff is the Founder and Executive Director of Foster Alumni Mentors. She had a difficult childhood, moving from city to city, state to state, living in a home with drug and alcohol abuse, domestic violence, neglect, and physical abuse. Although she had lived with family members and friends when she was younger she didn't enter the foster care system until the age of 14, when her and her siblings were removed due to physical abuse by their step-father. In 1995  Kimberly graduated high school, 3 months before her 18th birthday, and was told she would need to leave her foster home. With her mom and step-dad living in Colorado and Kimberly living in Minnesota, the idea of not having anywhere to go after graduation was scary and daunting. Kimberly's mom drove to Minnesota and brought her back to Colorado and then left. Once again, Kimberly was on her own. Working 3 jobs and struggling to survive, one of her employers approached her and asked if she was interested in enrolling in college. This changed the trajectory of her life. After attending Colorado Mesa University for 12 years, she was the first in her family to graduate with a bachelor's degree. She went on to work in child welfare and observed teens in foster care facing the same issues she had when she aged out. Kimberly had never shared with her friends or co-workers that she had aged out of the foster care system due to the shame and negative views of "foster kids." When she finally shared with a co-worker they stated they thought Kimberly had grown up in a middle class family. This made Kimberly wonder what adults who had been in foster care were "supposed" to look like and what people thought they would become.  She began searching for other adults that were like her and found Fostering Change Network was getting ready to host their 2nd Alumni Powerhouse Networking Conference in Baltimore, Maryland. Kimberly attended and met so many amazing foster alumni, like herself, who had gone on to lead "normal" lives, contributing to their communities and giving back. Just before attending this conference, Kimberly had been brainstorming ideas of a non-profit that would serve young adults who aged out of foster care, and this conference gave her the motivation and confidence to step out on faith and make her vision a reality. In June 2017, Kimberly left her position in child welfare to start Foster Alumni Mentors (FAM). Through the support of many individuals, Foster Alumni Mentors was launched in Mesa County, Colorado with a vision of expanding across the nation. The starfish is the logo of FAM, representing The Starfish Story. "It made a difference for that one." In 9th grade, Kimberly attended a Partners in Prevention weekend event and The Starfish Story was on the front page of the booklet that each youth received when they arrived. The story stuck with Kimberly and she has always strived to make an impact in the lives she came across, never knowing how she would make a difference, but always trying.

Our Alumni want to learn! They have shared with us what skills they would love to have more knowledge around and we would love for our community to come together and provide the knowledge and support they desire.

The following areas are what our members have expressed they would like to learn:

We have volunteer opportunities for the following areas:

Please contact us for a volunteer application. [email protected]

Meet Our Board of Directors

We are thankful for the amazing expertise Autopaychecks has offered our employees and support through understanding payroll and taxes.